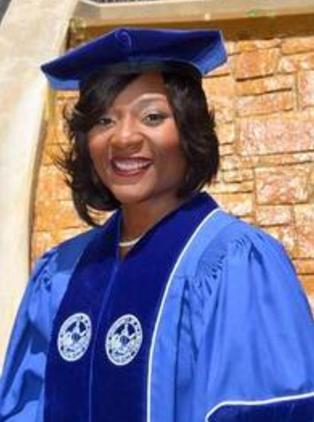 Dr. Olivia Underwood is a 32 year old native of Brent, AL and a 2003 graduate of Bibb County High School. She’s the daughter of Saul and Joann Underwood. Despite her young age, Dr. Underwood has already attained an impressive list of academic credentials. She received her Bachelor and Master of Science degree in Metallurgical Engineering from The University of Alabama in Tuscaloosa in 2008 and 2009, respectively. In May 2015, she received her Doctor of Philosophy in Materials Science at University of Alabama in Huntsville. She is the first black to receive her PhD in the Materials Science program from University of Alabama in Huntsville. She has had the opportunity to work in some of the most prestigious academic and scientific schools and laboratories in the United States.  She also had the opportunity to work at the famed Los Alamos National Laboratory in Los Alamos, New Mexico which is the birthplace of the atomic bomb and the modern nuclear age. She has presented her research at several different conferences across the United States. She currently works at Sandia National Laboratories in Albuquerque, New Mexico as a Post-Doctoral Appointee.  Among her many accomplishments, she’s a bodybuilder, Gates Millennium scholar, and a member of Delta Sigma Theta Sorority, Inc. In December 2014, she was featured on the cover of Parrillo’s Performance Fitness, Health, Nutrition, and Training Magazine.

Olivia was recently selected as an Early Career Scholar/Scientist by the European Microbeam Analysis Society and was invited to Konstanz, Germany to present her research.